We each began capturing weddings independently and met working alongside each other in 2016. From then, a wicked friendship grew, and with that – the decision to work as a team to capture weddings came about.

We organically work so well as a team, that it not only makes the wedding day fun and easy. It also ensures we are delivering a cohesive gallery and film, that flows and will remain timeless.

ABOUT (AUTHORED BY BLAKE)

The Zozo can talk, a lot, which is a good thing! She is way more fun than probably every photographer I’ve worked with, she calls herself “weird” but I think she’s pretty awesome.

Something she won’t tell you, probably because it has to be observed… having worked with many photographers, one thing I really like about Zoe’s approach to wedding photography is that she treats and talks to each couple as if they’re her best friend, and as the individuals they are, not necessarily as “clients”.

Shutup, I’ll tell you, this is my story, she’s danced with couples, been invited to hens nights, and I’ve also never seen a photographer with so many ways to create natural laughter through genuine means – like you know all those ‘candid’ laughing photos – sometimes the photographer literally just says “ok everyone laugh now!” – yeah… So photo time feels less like a chore to the couple and bridal party and it becomes more fun and games. Good times.
Everything is 100% authentic with Zoe, she is a genuine, friendly, approachable, and caring person, which is really refreshing to be around! I’d still be her friend, even if we didn’t shoot together, but not if she was any less “weird”. 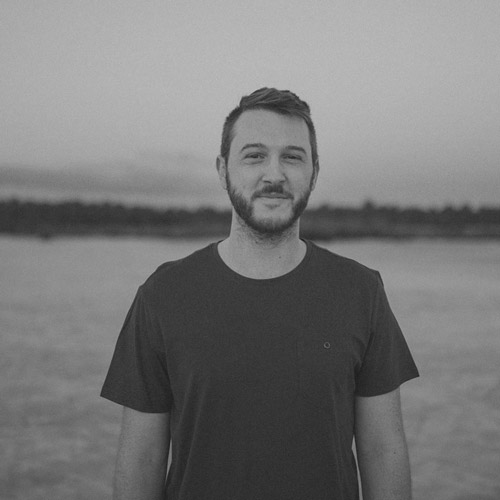 ABOUT (AUTHORED BY ZOE)

Blake’s nice. Like, really nice.
The kind of nice person who would give up their snacks, if you decided to forget to eat for 10 hours.
He also likes to come to anything, majorly prepared.
Pretty sure if somehow the wedding location became detached from the country, he would be all, “ Hey, I have the tools to fix this.”
Rolling back to the first time I met Blake, there was a bit of a conundrum. The venue wouldn’t allow the singer to use her own amp.
(This is a thing, so make sure any potential vendors are prepared).
Anyway, Blake stepped in, going through his million cords, to find the right one.
The first time we worked together as a team, there was almost no reception, so Blake came prepared with walkie-talkies. (Who even has walkie-talkies? – Blake does).

He’s so incredibly talented and is good at basically everything, which I am pretty sure makes him an alien.
When Blake isn’t making all the foods, adventuring with his Jenelle, making rad tunes, filming weddings or taking photos of his epic lion-cat (which I do not know the name of, it is just lion-cat) he is a high school music + media teacher.
Blake talks about teaching with amazement and encouragement, which is so indicative of how he will look at most, if not all people and situations.
Blake has the ability to find the magic in the madness, and I think that’s why he’s such a great and constantly evolving filmmaker.
My most favourite skill of Blake’s is actually his ability to compose a unique and bone tingling soundtrack to accompany wedding films.
Visually, I am there.. we see the same things, we capture the same things, in different ways. But the audio is something entirely of itself. In a place full of talented videographers, this is what makes Blake’s films, the captivating works of brilliance that they are.

Overpreparedness and alienness aside, he’s the one of greatest humans. 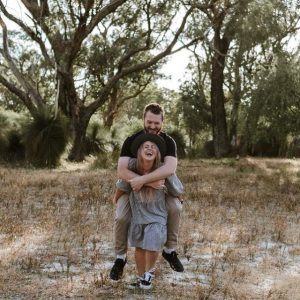 Some of our thoughts

WHY BUNDLE PHOTOGRAPHY AND VIDEOGRAPHY?

BLAKE
I think there’s a lot of comfort in having a photog’ and videog’ that know each other and enjoy working together. Without needing to develop a relationship with a new vendor, we already know and respect each others needs, boundaries, and shooting styles, and help each other out where we can, working as a team. From my perspective, this makes the day waaayyy more fun (for us – but by extension everyone), it‘s more relaxed, and stress-free. Our styles are matched when we work on the same wedding, so you can have a stylistically cohesive video and photo collection too!

ZOE
Well… because we are just so awesome!
No, really. That is exactly why you should book us together!
Oh, and a cohesive gallery + film. Photographers and videographers have their own style, a method of shooting, editing/grading, and at times these can clash! We capture and edit in collaboration to ensure they flow, and compliment each other.

Why did you start shooting weddings, and what keeps you in the game?

BLAKE
It was a way of combining my two long time passions of filmmaking and music, as emotion tends to drive everything I create (film or music), I quickly became enamoured with creating these super emotional films and telling couples’ stories. I do it because I genuinely do enjoy it, not to make a living, I love being responsible and depended on for something so close to people, and I love doing their day justice (and to read all the wonderful comments!) by combining music, and vision and dialogue from the day to create something new, heartfelt, and wonderful. It’s pretty regular to cry during editing.

ZOE
The very first wedding I shot was for free, it was a trial. As a budding photographer or any kind of artist, you’re always searching for your ‘niche’, your market. I shot my first wedding, and I loved it! That 1 wedding became 5, 5 turned into over 100, and with every wedding, I am more taken with the story.
I love how the lead up to the wedding day is so precise and well planned. But then that all falls out the window, and all that is left is PURE HAPPINESS.
Shooting weddings give me a constant supply of warm fuzzies and a sore face. I didn’t have these smile wrinkles till I started shooting weddings, but it is beyond worth it.